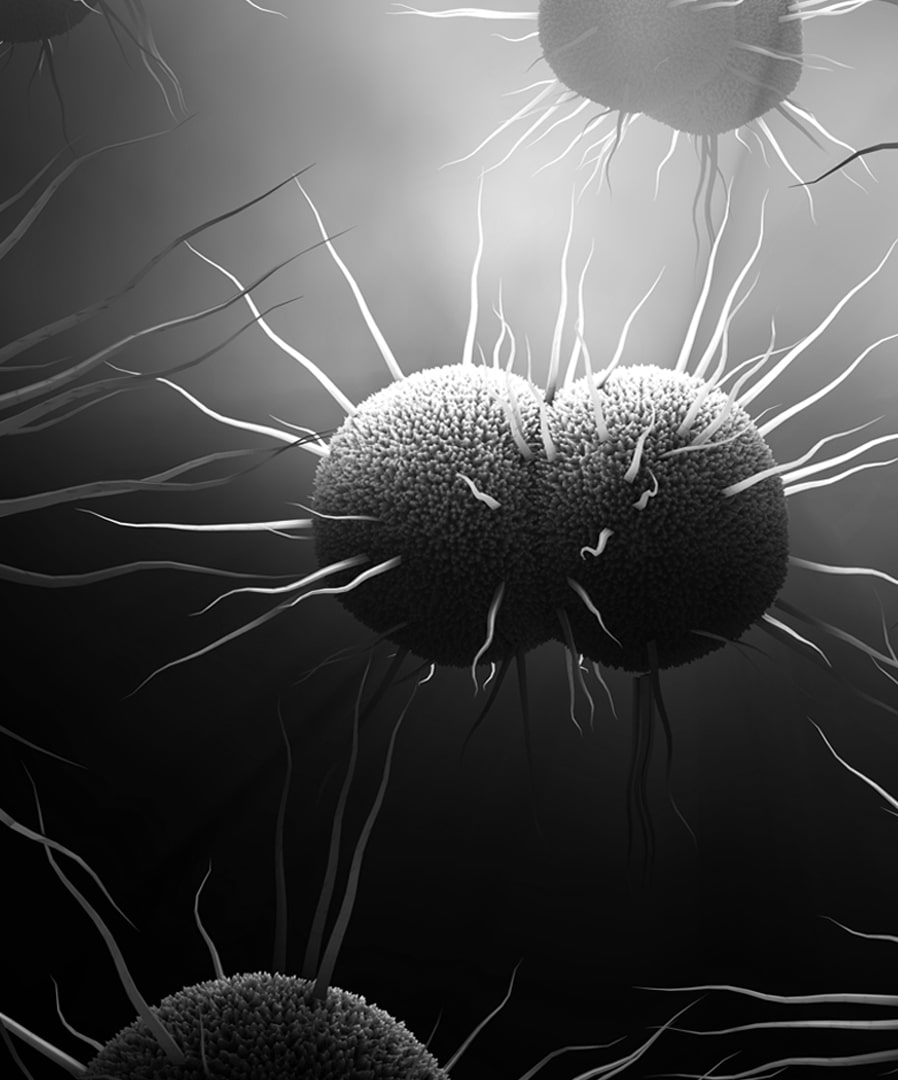 Gonorrhoea is one of the most common venereal diseases in the world. Since the beginning of the 21st century, the number of reported cases of this disease has almost doubled. Gonorrhoea is caused by the Neisseria gonorrhoeae bacteria, which are absolutely pathogenic for humans. Their spread in the population occurs mainly during sexual contacts. Infection can be asymptomatic, which is more common in women than in men.

In women, the symptoms, if any, are non-specific. These include: painful urination, pain in the lower abdomen, breakthrough bleeding, pathological vaginal discharge and rectal bleeding.

Due to the almost complete curability of the infection, its complications are relatively rare. However, in people who have not undertaken treatment (usually unaware of the ongoing infection in their bodies due to the scarce symptoms of infection), the complications can be very serious. Men may develop epididymitis, prostate inflammation and periurethral abscess. Women may develop genital infections, including Pelvic Inflammatory Disease (PID), which also leads to infertility. Gonorrhoea can be transmitted from mother to child during childbirth, causing purulent eye infections in the newborn. It is also very important to be aware that in people with gonorrhoea, the risk of HIV infection increases up to tenfold!

The growing resistance of Neisseria gonorrhoeae to many types of antibiotics in the world is a major challenge for modern medicine and makes it difficult to eradicate this disease from society. Penicillin has always been the treatment of choice for gonorrhoea, however, due to the increasing drug resistance of the bacteria to this group of antibiotics, ceftriaxone is now most often used. In the case of gonorrhoea, the comorbidity of other infections should be checked. Chlamydia trachomatis is the most common concomitant infection, which leads to a change in treatment strategy.

Although Neisseria gonorrhoeae can be easily grown on microbiological substrates, the diagnosis of this microorganism in most laboratories is increasingly based on genetic testing. A properly selected width of the panel of pathogens allows the extension of the diagnostics to other sources of infections in intimate areas, so that during one test, not only Neisseria gonorrhoeae but also other co-infections can be detected.