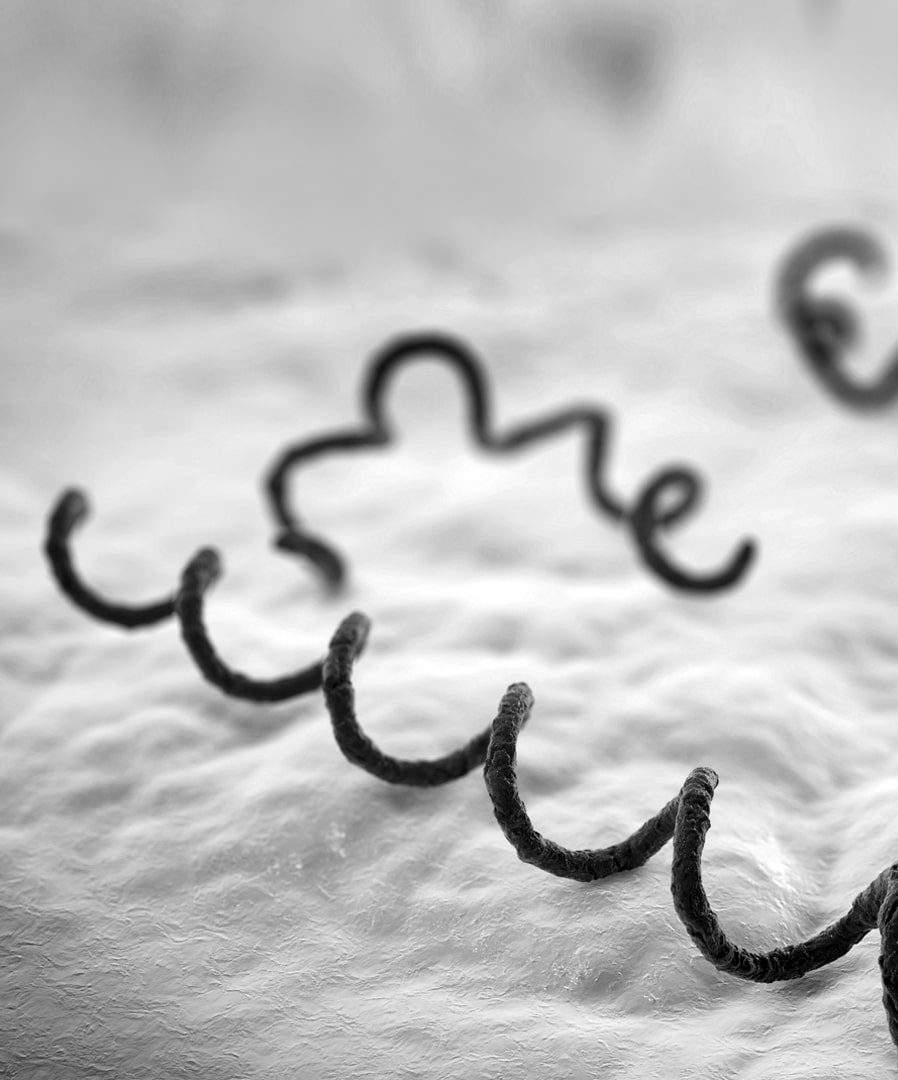 Syphilis is a dangerous bacterial disease caused by the bacterium Treponema pallidum. It is one of the four most common venereal diseases. Since the beginning of the 21st century, a steady increase in the number of syphilis cases has been observed. In Poland, nearly 2000 new cases were reported in 2018.

Despite the efforts made to combat venereal diseases, syphilis remains a significant problem among people who are sexually active. Treponema pallidum are extremely sensitive to dryness and disinfectants, therefore syphilis does not spread through contact with inanimate material, e.g. contact with a toilet seat. In addition to the possibility of transmitting infection through sexual intercourse, infection can be effected through blood transfusion or during pregnancy – from mother to child. Congenital syphilis is a growing problem nowadays. If the mother’s disease is not diagnosed, the disease can cause premature birth, low birth weight, deformation of organs and even the death of the foetus. Therefore, if miscarriages are recurrent, it is advisable to consider getting tested for infections in intimate areas.

The good news is that syphilis is highly curable. Penicillin is the antibiotic of choice. Tetracycline or doxycycline can be used alternatively in people with an allergy to penicillin. The decision on treatment is made by the doctor, therefore each laboratory test result should be consulted with a specialist as soon as possible. Due to the insidious effects of syphilis and the possible occurrence of a latent form for years, after noticing any symptom of syphilis or after a risky sexual situation, it is absolutely necessary to get examined so that targeted treatment can start as early as possible.